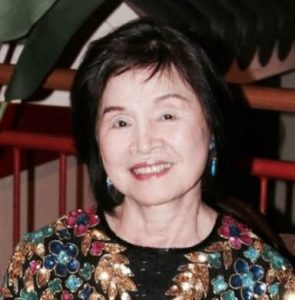 Dr. Chingling Tai has spent the past 30 years living in St. Louis. Over that time she has been involved in many organizations and has become the go-to person in the Chinese American community.

Chingling was one of many Chinese students that came to America to study. She arrived with only basic English skills. Since her generation, Chingling has seen the English of incoming students improve vastly as China begins teaching English in school at a younger and younger age. In 1987, she was offered a job teaching Chinese at St. Louis University High School and worked there until she retired last year. She remains involved in the exchange program she started at SLU High School with St. Louis’ sister city of Nanjing, China. In 1997, they welcomed the first exchange student from Nanjing Foreign Language School and Chingling has since seen the program grow to 10 students per year, some of which return to finish high school at SLU High School.

Chingling’s involvement in community service started as a newly arrived resident of St. Louis when she was asked to be the interpreter for the 5th anniversary trip to Nanjing for the St. Louis Sister City Program in 1984. Chingling has also been involved in many other community organizations such as the Organization of Chinese Americans, where she worked as the Vice President of Culture and Education for the national organization. She was a graduate of the 2009 class of FOCUS Leadership St. Louis and worked for the Missouri Community Service Commission. She has also taught at the Chinese Language School. Chingling worked for many years with the International Institute, incorporating the Chinese American community into the Institute’s events.

Chingling has devoted her life to public service in order to get more Chinese Americans involved in the mainstream American culture as well as in preserving Chinese culture. Despite being involved in so many different organizations, teaching remains her favorite job. She finds the long term impact that she has on her students very meaningful.

Chingling remains a prominent figure in the Chinese American community. She is still on the board of the St. Louis County Library and is still involved in the SLU High School exchange program. She may be retired, but she is as devoted to the community as ever.

For centuries China stood as a leading civilization, outpacing the rest of the world in the arts and sciences, but in the 19th and early 20th centuries, the country was beset by civil unrest, major famines, military defeats, and foreign occupation. After World War II, the communists under MAO Zedong established an autocratic socialist system that, while ensuring China’s sovereignty, imposed strict controls over everyday life and cost the lives of tens of millions of people. After 1978, MAO’s successor DENG Xiaoping and other leaders focused on market-oriented economic development and by 2000 output had quadrupled. For much of the population, living standards have improved dramatically and the room for personal choice has expanded, yet political controls remain tight. Since the early 1990s, China has increased its global outreach and participation in international organizations.